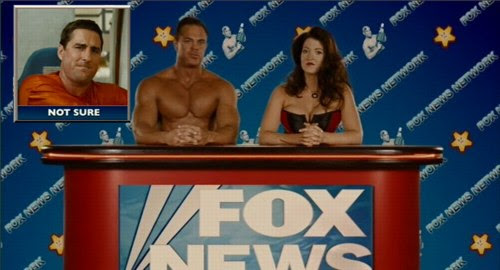 In 2005, Mike Judge saw into the future.  A possible one, anyway.  One that might be brought about much sooner if Sarah Palin becomes president someday.  Nobody saw this movie when it came out because Fox tried to kill it, but that just proves how great it is.  Seriously, people.  Just rent it.  Rent the hell out of it.  Now, since I think that telling someone about a movie you saw is like telling someone about a dream you had—more interesting to the teller than the tellee—let me just copy-and-paste this little slice of dialog from IMDb:

You get the idea.  It takes place 500 years from now, but actually a lot of this movie isn't much of an exaggeration of today.  It's a world where every drinking fountain dispenses the sports drink Brawndo™ instead of water, and the most popular show on TV is called Ow! My Balls!
Anyway, enjoy the debate tonight...
Posted by (who else?) Matt Walker at 2:05 AM